Shonbrunn is where Mozart first performed on a euro tour, at 6 years old. For that, he was depicted in a large painting that still hangs at the palace. Of course that was added after he became terribly famous.

We left Budapest in the morning for Vienna, about 3 hours away. Before getting into Vienna, we went to the Schloss Shonbrunn, a palace built by the Hapsburgs, one of Europe's most important and powerful royal families. The Hapsburgs dynasty thrived by arranging marriages with other European royalty to gain territory and power, a common practice among royalties I suppose.

While Shonbrum is no match with Versailles in terms of opulence and size, it is overall a more comfortable palace. Shonbrunn seems to be all about 'Sisi', Elisabeth of Bavaria, for whom the bridge in Budapest is named. I knew nothing of Sisi but the Chinese ladies in my tour group spoke her name like they knew her. I asked one Chinese lady about that and she said the whole country fell in love with Sisi after watching a TV series on her life. Photos were not allowed inside the palace, which I think is good because visitors (me included) can then appreciate the palace rather than take photos of every bed and wash basin. Allowing photography inside such popular places also jams the place up, as in Versailles.
Shonbrunn's gardens are beautiful, much more beautiful than Versailles which I found was too bare. The palace is fascinating to explore on a guided audio tour which takes you room to room. The way the royals and their history is presented is personal and friendly instead of imposing and distant as in the Versailles and I came away liking the family and feeling sorry for their rich sad lives  whereas I didn't feel anything or learnt anything personal about the occupants of the Versailles. 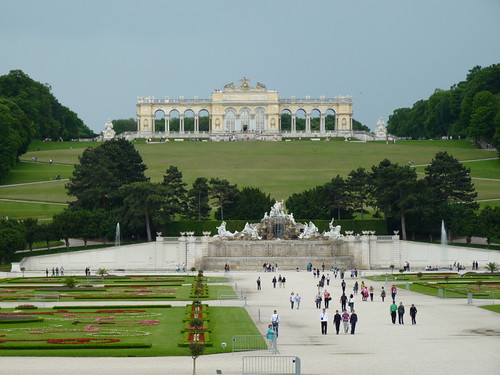 Wouldn't you love a garden like this? To the left and right are rose gardens, mazes and other gardens. 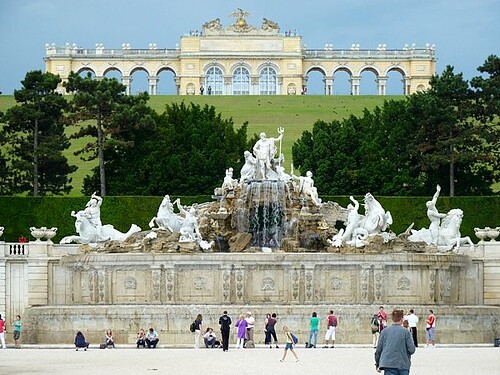 15 minutes ride from Shonbrunn and we reached Vienna, the city I've always wanted to see. It was a wet day, the worst so far on our trip. We were taken to the Palace, the Parliament House, the Opera Theatre and so on for very short visits, just enough to take a couple of photos. Hub and I decided to break from the group after that because we were going to meet with his cousin Bessie and I wanted to make sure I eat the sachertorte from both Hotel Sacher and Demel. 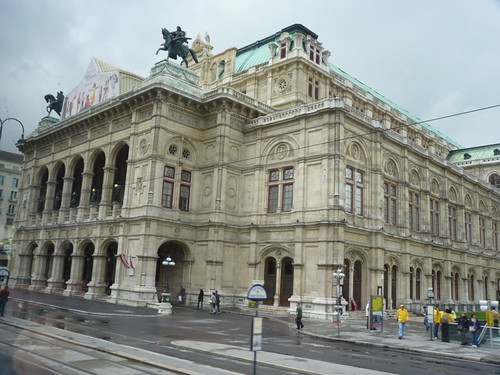 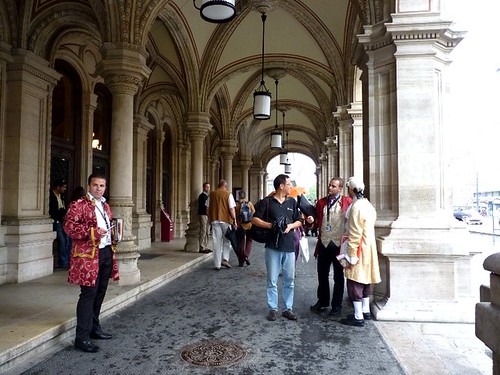 Kind of cheesy but it's the Opera House. 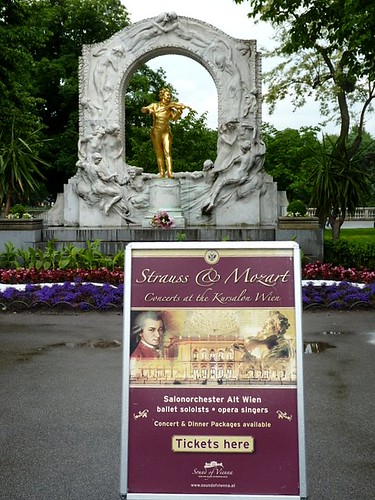 They don't let you forget that you're in Vienna. 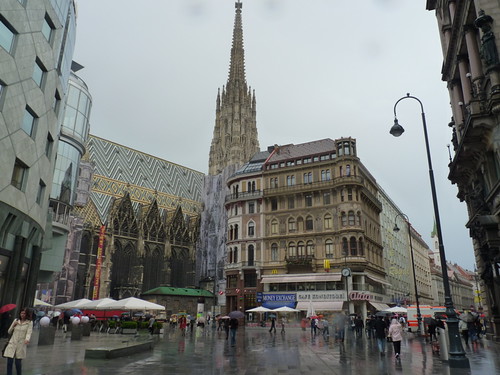 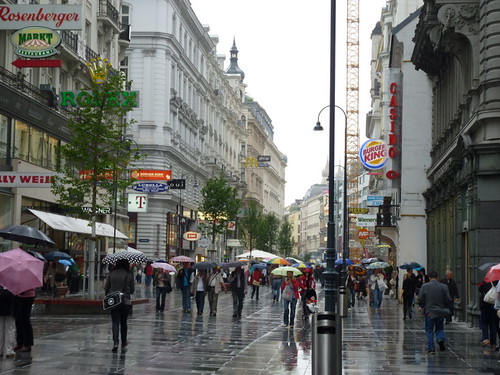 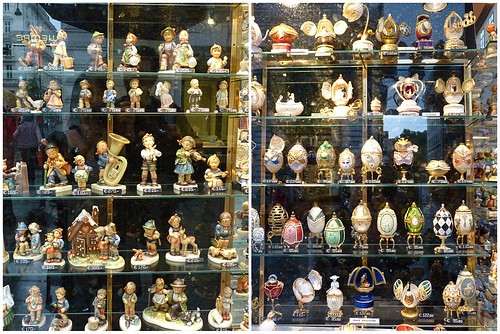 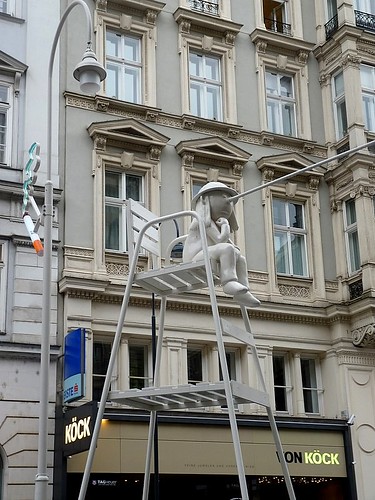 I found Pinocchio sitting on a high chair in Vienna, still grounded for lying. 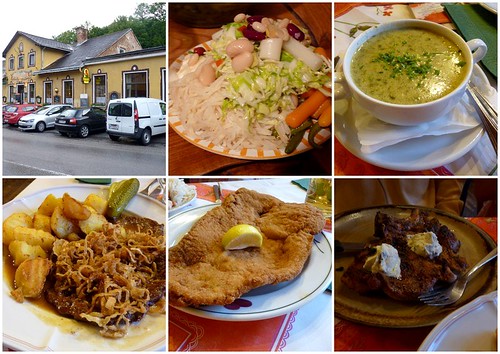 Hub's cousin and hub drove us to the suburbs for a typical hearty Austrian dinner. 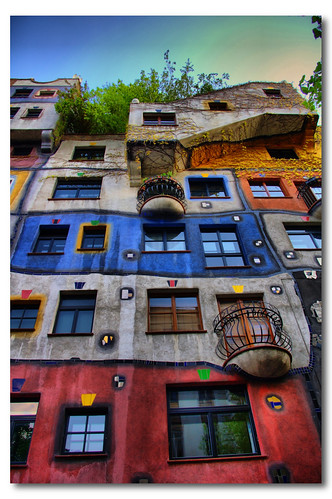 mrwerner
Since we were in Vienna for a day and night only (hotel was far from the city), we hardly saw enough of Vienna to even have an opinion of the place. The countryside is beautiful, breathtakingly so. My one regret is that I didn't do my homework so I didn't know about  hundertwasserhaus. Now that I know, I badly want to see it. I also didn't know about Grossglockner Rd, listed as one of the '1,000 places to see before you die' in the book of the same name.

Vienna still waits for me.